Postpartum depression is a type of depression that affects some women shortly after giving birth. Postpartum Depression is any non-psychotic depressive illness that occurs in the mother during the first year after birth. It consists of a strong vulnerability to depression that begins in an important way between four to six weeks postpartum. Postpartum Depression or Puerperal Depression, is a mental disorder of high incidence that causes emotional, cognitive, behavioral and physical alterations that begin insidiously, lasting even weeks after childbirth.

There are two other types of alterations that may occur in the postpartum period:
Postpartum Dysphoria or Maternity Blues: a passing condition that begins in the first two to four days after delivery and lasts no longer than two weeks, characterized by irritability, crying easily, hypochondriacal features, insomnia, fatigue, loss of appetite, lack of concentration and headache. This phenomenon appears in 86% of women who have just given birth, and it is a transient reaction expected after delivery.

Postpartum Psychosis: It is an acute and serious disease that occurs in one to two of every 1,000 births. The earliest signs in the mother are anxiety, irritability and insomnia, which progress rapidly generating disorientation, depersonalization, and a disorganized behavior. Delusional ideas usually focus on the child, and include ideas that the child is dying, has special powers, or divine or diabolical attributions. Auditory hallucinations telling the mother that her baby is hurt or hurt in a mild to severe manner are frequently present. 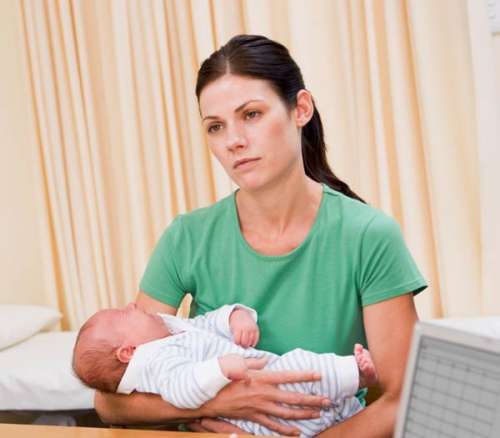 What is Postpartum Depression?
Postpartum depression is a type of depression that affects some women shortly after giving birth. It is any non-psychotic depressive illness that occurs in the mother during the first year after birth. It consists of a strong vulnerability to depression that begins in an important way between four to six weeks postpartum.

How common is Postpartum Depression?
Postpartum sadness, or “melancholy of motherhood” affects 30-80% of women after childbirth.

Why do women who experience sadness, disappointment and/or apathy before or after the birth of their baby go unheeded? The postpartum period is a time when joy is the expectation. Many women are reluctant to admit having depressed mood symptoms because they feel embarrassed or stigmatized.

Why is it important to care for people suffering from Postpartum Depression?
Untreated Postpartum Depression not only affects the woman; it could also have harmful effects on the baby: emotional, behavioral and cognitive problems, and it could lead to problems for the couple or entire family.

How is Postpartum Depression diagnosed?
Postpartum depression can be diagnosed only through clinical evaluation.

What can cause Postpartum Depression?
There are multiple biopsychosocial factors that can influence the onset of Postpartum Depression, including hormonal changes, difficulties with the couple, having had a previous episode of depression or other psychological disorder, prevalence of stressful situations such as the loss of a relative, or related to the childbirth, for example: that the arrival of the baby has been anticipated or the presence of a disease in the child after being born.

How is Postpartum Depression treated?
This type of depression responds to the same treatments as episodes of depression that occur at other times. Therefore, psychological and psychiatric care will be necessary.

What are the most effective treatment options?
Deep Transcranial Magnetic Stimulation is an alternative treatment for this type of depression, since it works at the frontal cortex level and does not affect other physical processes.
The first step is to go with a professional who can provide an accurate diagnosis. It is important that the couple participate in a psychotherapeutic process. The use of psychotropic drugs should only be authorized by a psychiatrist considering that the medications do not interfere with breastfeeding and are approved for use after pregnancy and giving birth.

CADE offers a multidisciplinary treatment according to the characteristics and needs of the patient that is based on the patient´s diagnosis and an individual intervention plan.

A psychological or psychiatric disorder generally has a genetic or biological origin detonated by difficult and early or current traumatic experiences that lead the individual to become ill. Therefore, the clinical intervention in these disorders necessitates the multidisciplinary work of psychiatry, psychology, medicine, nutrition and complementary therapies. The treatment can be outpatient, inpatient or semi-inpatient based. 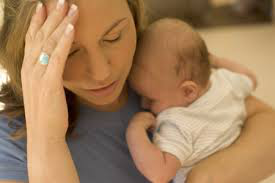